Tom’s current (at the time of writing the show notes) Twitter avatar is included in the featured image for this episode. The avatar image was originally created by @thompson_arts on Twitter - check them out. 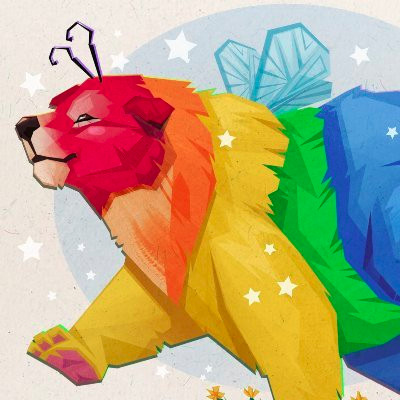 Because the game we discussed in this episode deals with some pretty tough topics around mental health, we wanted to give you all a fair warning about it. We don’t just discuss the mental health topics in the game, but we also take a moment to talk about how important it is for those who are suffering to get help.

As such, you may want to skip this episode if mental health issues are a particularly triggering topic.

But we’d also like to say, in the words of Stephen Dubner:

Take care of yourself, and if you can someone else too.

Tom from Kölncampus ECHO wanted to join us about Disco Elysium, so we invited him on the show to tell us what’s so great about it.

But the first question to ask was whether we had played it. Jay hadn’t, and Squidge had only played a little of it

I essentially looked round the main area that you get in the tutorial: the tutorial area. And I realised that me trying to be a good cop is a bad idea. And it’s one of those where you’ve gotta set up your skills, and I don’t think I set them up right, so I got dead ends at every turn.

Tom handily passed on the studio’s short description of the game by way of tempting him to play it:

DnD meets ’70s cop show. What do you imagine the game to be, just from that sentence?

Which lead the chaps into a discussion about the clever design and story-telling trick of having the main character forget what their name is.

You, the person, are the character; the character is an avatar through which you interact with the world. By having the character not know their name, you’re providing a blank sheet for you to become. You’re saying, "this is the person, this is what they look like, but you can choose the name you want."

But the clever design doesn’t stop there. As Tom points out, standard RPGs have you design a character of your own, setting stats, picking out a head, body, hair, and whatever; and you provide the character traits for the character through your choices. Whereas with Disco Elysium, the character already exists, and your job is to rediscover their character traits - through the use of virtual die rolls, your choices, and how with the game altering it’s story slightly based on both of those.

The thing that makes Disco Elysium brilliant for me is [that] it does not only depict the trauma - a lot of video games try do that, or do that. But it let’s you play the trauma. It lets you really experience being in a situation, playing as a character, that has a lot of trauma in him… and you get to play with them, and experience living with them, because they constantly tell you things. You don’t get a break. Every time you got to sleep in the game, you have dreams about them.

The fact that game itself started out life as a table-top RPG game is rather telling. The detail put into the gameplay mechanics, the frankly huge amount of lore (and how regularly it is delivered), and how it is designed really bear this out. Apparently, the game that Robert Kurwitsz (the designer of the game) would host game nights where his bandmates would play the game - he even wrote a book, expanding on the universe of the game, in 2013 called “Sacred and Terrible Air”

at the time of writing these show notes, it’s only available in Kurwitz’s native Estonian

Would You Recommend Disco Elysium

Both Tom and Squidge had talked about how good Disco Elysuim is, so Jay asked whether they would recommend it:

You have to take you really focus on the game. It’s not a game for after a long workday, where you just want to come home and play a game. It’s a game for when you have holidays or something like a vacation or something. You take that game and immerse yourself into it for a whole day or something. and just get sucked into that world.

As Tom said, everyone should play this.

Because of the gameplay mechanics, you’ll likely never get the same gameplay twice. There are tonnes of different ways to solve each puzzle as well.