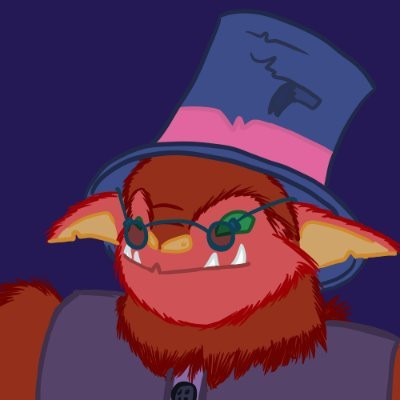 Squidge wanted to take a shiny new look at The Cupboard of Shame. The difference being that he wanted to invite some familiar voices onto the show, one at a time, and discuss one game that they want to jettison into the Cupboard of Shame. This being the third episode in the new series, he invited Sean “Rackham The Dancing Bugbear” O’Dell to yeet something into the devious

The Cupboard of Shame reboot has only seen two entries so far:

Before they discussed Sean’s chosen game, Squidge asked for Sean to describe the show that he works on: Dungeons and Pop

[Dungeons and Pop is] an actual play variety show. Because the players who run the main campaign are busy half the time, so we run multiple campaigns and one-shots.

A lot of pop culture stuff. Like out main one is, basically fantasy Power Rangers; before the Power Rangers RPG came out, too.

And with Sean’s podcast description out of the way

to be fair, fantasy Power Rangers as an actual play sounds pretty cool

Squidge asked the all-important question: which game are we yeeting into the Cupboard of shame?

It’s kind of an older game, but it’s one that a friend suggested.

I was looking for a game to get when there was a game sale on Switch and a friend of mine, I told ‘em that I liked Enter the Dungeon and rogue-likes like that. Nuclear Throne. And he suggested Risk of Rain 2.

But why did Sean buy the game? Had he read up about it before purchasing it, did he just go with what was listed on the Switch store page, or did he trust his friend’s recommendation?

What I found was kind of neat was that it was a 3D game with that kind of… running around, grabbing items, that kinda stood out. And the art style is, I don’t want to say "simplistic", but it’s pretty minimalistic… it’s kind of solid colours on top of other colours.

When it was first released, there was no intro sequence meaning that most players had to scramble to try and figure out what the story was. But Squidge had done some digging for us:

What I can tell is:

You are a captain who are hired by UES - which appear to be an intergalactic delivery company, kind of like FedEx, "you weren’t in, so we left your package on the opposite side of the moon". And from what I can see, the whole thing is like a survival, monster killing thing, where you’re picking up a scavenger hunt for packages, and there’s boss monsters.

That’s all I can gather from it.

When I first played it, the difficulty ramped up sooooooo fast.

Because I was trying to level up by taking on hordes of enemies. But I was looking it up, and it was like, "you need to be able to run first,"… a lot of it is because you can’t pick the other characters right away, so I was [playing as] the Commando. And it was a lot of, "you can’t fire while running," and that kind of thing.

So I would try to level it out, but I was getting overwhelmed. I’d be fighting a bunch of monsters, and there’d be another 15 in the background.

It seemed like one of those games where you have to turn to The Internet in order to get help on how to play it.

Yeah. The thing I watched didn’t really help that much.

It’s sort of like one of those things where you have to die a bunch of different times before you can get better, because you’re going to level up from that. But you have to get to a certain point [first].

It was a little easier when I revisited it, before we started recording. But I think that was because I’d unlocked another character.

What Are Some Redeeming Features?

It’s never good to focus on the negative. So what’s good about this game, or at least what redeems it slightly:

There are a few [redeeming features].

I like the items; some of them are built to help you. Like, I got one that’s like, "oh, you get healing after you take damage." And then I got another one which was like, "as you kill someone, you get a temporary shield".

And I think I preferred playing it this time [before recording] because I unlocked the archer which is more my style - sort of like a rogue ranger. And I like that it adds thing this where it’s like, "oh, you can do this normal shot while you’re sprinting," so you can run and hit them from a distance. And it’s alternate attack is kind of like a boomerang.

So random buffs make up for a very high difficulty curve, and the lore and story are spread out throughout the game’s files.

It’s kind of one of those games where you have to get to a certain point using [the first character] before you can unlock anything. …

Playing it as the archer, and remembering how I had to play it as the commando, it was a totally different game.

Grab some popcorn and find your seats. Monster of the Week actual play podcast “$2 Creature Feature” returns for season two on February 22. This season will see a whole new crew of hunters confronting the mysteries at the heart of the town of Jupiter Hollow.

I’m Laura Macmillan and I’m playing Tammy Jo Marple. “I’m your home town Homefinder. I’m here to make deals with the good people of Jupiter hollow but I already made a deal of my own. Tammy Jo is the monstrous.”

And I’m Mr. Ray. I play everything that tries to kill these people. And if you enjoyed our first season, you ain’t seen nothing yet. New episodes every other Tuesday wherever podcasts are found.

We mentioned 17 games in this post. In the following order, those games where: