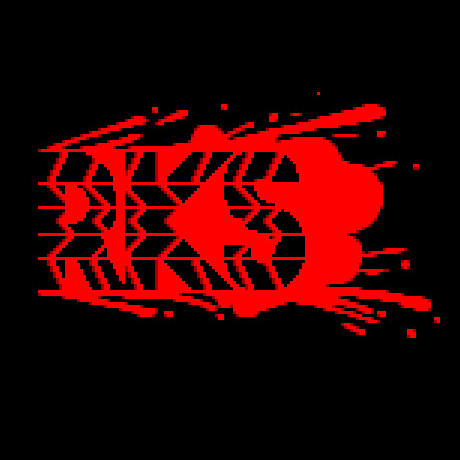 At around 10:32, whilst discussing sandbox games, Jackal brings up the fact that titles like RimWorld allow you to safely explore very taboo subjects like cannibalism. We felt that it was important to keep this discussion in the episode; not because we support cannibalism, but more because we thought it was important to have the discussion about the fact that games allow us to build a fantasy world where we can explore these ideas and see what they are about.

At 34:16, when describing the beginnings of the project, Bird mentions that the game started out life as

Squidge was MIA when we recorded this episode, so he isn’t on this one. But Jay was on hand to interview Jackal and Bird from the Roadkill Software team. At the time of the recording, Roadkill Software were working on a brand new PC title called Fluff ‘n Fury.

Before they got sidetracked, Jay wanted to know about Fluff ‘n Fury. And the Roadkill folks described it as:

It’s basically an FPS shooter, sort of in the vein of Half-Life - well not really Half-Life. It would be a little unfair to call it Half-Life; more like a campaign of some sorts.

It’ll also will feature a diverging cast. So you’ll have to go through several different play-throughs to find every single level. And it will include some non-FPS segments as well.

Immediately, it sound rather intriguing and reminded us of the branching story-path of Sonic Adventure and similar titles

but with less in the way of embarrassing voice acting and audio levelling issues, we hope

All this talk of mixing up the play styles had us talking about sandbox games, and how the sandbox genre

if you can call it that

is likely one of the most innovative in the industry right now. Being able to throw a player into a world with tools, vehicles, basic rules, and allow them to invent their own fun is truly game-changing - if you’ll pardon the pun - with the greatest of them being Garry’s Mod.

A discussion of sandbox games would be incomplete without talking about some of our favourites. So Jay posed the question

What are some of your favourite sandbox games?

And this discussion on sandbox and sandbox-like games brings up the topic of being able to explore different ideas, political stances, behaviours, and taboos without worrying about any real-world results or potential side effects of those actions or thoughts.

It’s not like you endorse this thing in real life, but what could happen in a diplomatic way if you go for it.

Another example that we bring up is the Postal series. We’re all in agreement that very few (if any) players of those games endorse the ideas of over-the-top situations and behaviours in those games, but it does allow the player a safe space to explore the absurdity of the situation.

And of course, Jay takes a logical extreme using a recent release as an example:

At the time of recording [Pokémon Legends: Arceus] has just been released. Is that game endorsing running around, capturing [wild] animals, and stuffing them into small metallic boxes?

And since Jay kept bringing up “the date of recording”, we recorded this episode on January 29th, 2022.

So our question is: were we to do throw, boot, or yeet you through the portal, which games are we throwing through with you? And both Bird and Jackal obliged with the titles that they would take with them:

Jay references a speed run where the runner worked through all of the Fallout games, in sequence, in two hours. This particular speed run was performed by TomatoAngus

"the g is silent"

which you can watch below, should you want to. However, we’ll issue a

as there are some swears in this run:

Jay wanted to really talk about Fluff ‘n Fury, and do a deep-dive into the motivations, design choices, and all that stuff. He really likes talking to creative folks involved in video game creation, searching for those nuggets of advice and information about the why and the how

rather than just the what

that went into the games that people make. But first, some screenshots taken directly from Twitter:

So why animals? Well, it turns out that it’s a rather simple reason, really:

We went with it because our graphics budget was basically zero. And cartoony graphics are easier to make and mass produce. So you know what, why not slap an animal head on ‘em, too?

This also means that you’re not shooting people, which also means that there’s very little chance of any kind of racial or political projection onto the “enemies” in the game.

Which we think is pretty clever, really

and maybe one of the reasons why FFNAF got super popular

And it also means that you can use the cultural stereotypes for the given species when you’re dealing with anthropomorphic creatures.

The Inspiration Behind Fluff ‘n Fury

It originally started as a pet project; a sort of $h!t post. And a reaction to some of the churn that’s been released on mobile platforms. But we wanted to be serious about it, because making a game is hard

And this is something that Jay agreed upon; he even brought up the fact that a bunch of churnware, Unity

apps like the Calculator for Nintendo Switch as an example.

Which started a conversation about the differences between publishing apps to the Android an iOS/Apple store; with the Android store being more of the Wild West, and the Apple store having stringent quality checks.

Discussing the design of the game, especially the fact that the player plays as an anthropomorphised animal, it reminded Jay of Dogs of War by Adrian Tchaikovsky

if you haven’t read it, it’s well worth a look

Gameplay, Keeping it Fresh, and the Story

We also like to diversify on the levels to detract from all the shooting. So one of the levels that we’re trying out is running through a bombing range.

And providing something different between levels is important

because otherwise it becomes really old, really fast. Which meant that it was great to hear that Bird (and the team) are trying out a bunch of different gameplay mechanics and level designs in the hopes of keeping it fresh.

And when it comes to the story of the game, Bird confims that it’s as simple as possible:

Your girlfriend wants you to go meet her, so you have to go to meet her.

We mentioned 28 games in this post. In the following order, those games where: