Between us recording this episode and it going live, the Outbreak series has been picked up for a Limited Run physical release. Order your copy for PS4 here.

The main image for this episode’s show notes contains the logo for Dead Drop Studios. Definitely check out this game, because it’s a tonne of fun. 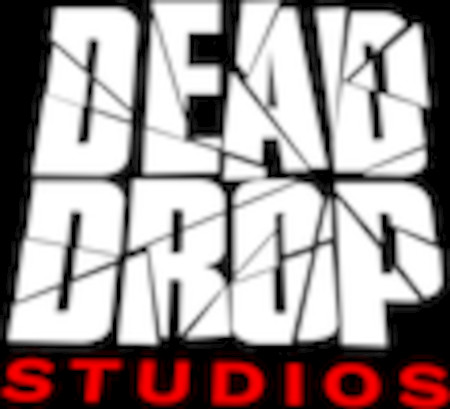 This episode is part of a series of interviews with developers. Check out this page for more of them.

As the topic of this episode is a survival horror game, we ask that you please listen responsibly and consider anyone who may unintentionally be listening, too.

We were joined by Evan Wolbach for this episode. He is the developer behind the Outbreak series of survival horror

something both Jay and Squidge are into

No pants means no rules

And Squidge couldn’t have been more correct.

We wasted no time in getting to know Evan, and leapt straight in with a discussion about how he go into making video games, why he chose survival horror, and just how many possible camera systems his games have.

Resident Evil, Silent Hill, Alone in the Dark (series)… this is a loving homage to all of them

A lot of people think, "I’ll take a computer science degree, then I’ll go make games." But then they get out in the real world and realise that they need to pay the bills first.

But not all of the titles are about dispatching wave after wave of the undead, as is the case with Outbreak: Lost Hope

You’re just kind of alone on a giant map, and you’re trying to explore and find your way around, and find resources. You can’t really kill every enemy, so you have to get really clever, and run away and hide

Evan, being a full-time dev, doesn’t have a huge amount of time to play games these days. Although he had managed to put in a few hours with

And of course, Jay brings up the “Dino Crisis remake in the RE Engine” point again - it’s not as if Capcom are going to make it simply because he shouts up about it so much.

And Evan agreed, going so far as to point to the design and look of Resident Evil 3’s remake as a basis for what it could look and play like.

As mentioned in the previous episode of the podcast

Squidge would definitely recommend them.

So that’s all I’ve been doing: beating people up, and raging out on zombies

In his excitement to talk more about the Outbreak series, and to see what Evan would take with him to the Thunder Plains

Jay completely forgot to talk about what he’d been playing. But rest assured that he hadn’t played a great deal.

With there being so much to do, and the inclusion of Mercenaries mode, the third title could provide quite a lot of entertainment whilst stuck in the Thunder Plains.

With outbreak: Endless Nightmares being the latest in the series of games, we’d asked Evan to be on the show and talk about it and the series that it’s part of. This latest entry

as you’ll hear in the episode

has three different camera systems, boasts endless rogue-like replay-ability, and an aesthetic look and feel which should feel right at home with almost any survival horror fan.

Squidge, not the world’s biggest fan of rogue-like games, loved playing Outbreak: Endless Nightmares. There’s something about the combination of survival horror and rogue-like gameplay which really spoke to him. He ended up in a “one more go” loop, for the majority of his play time.

Unlike a lot of other titles out there, Evan had decided on a hands-off approach for guiding players through the game

as this gives more of a feeling of realism

in a game where the dead walk the Earth, obviously

as that would be the case in real life: no one would be around to tell you what to do.

Standard, randomised, one-shot, iron man (permadeath mode), these are just a few of the different game modes that Endless Nightmares brings. What gives?

On top of that, there’s an easy mode inspired by the easy mode of the original Resident Evil 2

Evan calls this “Rambo mode,” and that makes sense. Even though he was worried that it made the game too easy, he had messages from some players asking to make easy mode easier.

you can’t please everyone

And the majority of the other modes (randomiser, iron man, etc.) where inspired by fans of other survival horror games.

Those were inspired by the survival horror community, seeing what mods people were making for the classic Resident Evil games.

And Lost Hope is a mixture of both randomiser and iron man, to give the player absolutely no hope - apparently.

If you wanna throw your controller, go play that mode

There was a lot more conversation that just this, so please do consider listening to the episode

there’s a player at the top of this page

to hear it all.

We mentioned 35 games in this post. In the following order, those games where: