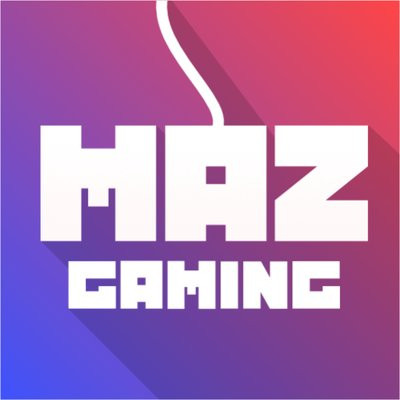 We had the amazing Maz Gaming UK on the show because he is amazing. If you are a fan of the DreamCast Junkyard Podcast, or have seen any of his YouTube videos then you’ll know exactly who he is. But if you have heard the DC Junkyard pod, or watched any of his videos, then I’d recommend going and taking a look.

… We can wait almost all-day

And of course, we started the podcast as we meant to go on: with some silliness and stupidity

and a shout out to our friend Unaffiliated JZ

because we couldn’t start the podcast any other way.

which, if you’re a fan, I’d recommend watching - Jay

And just as extra proof of when we recorded this episode:

Getting to Know Maz

Maz first lets us know about his YouTube channel

seriously, have you subscribed yet?

which has some amazing content already, but is going to be having a bit of a shake up soon.

you’ll see on our channel that our last video was December [2020], and that’s because we’re going in a completely different direction at the moment… which is an initial series of six incredibly different videos, all with a different topic.

in the before times

we just didn’t get a chance to meet many of them in person. To be fair that’s not a huge surprise though, as EGX is the biggest video gaming expo in the UK.

Squidge mentions the tattoo that he got at EGX, and you can see that tattoo in the following image:

He got this tattoo on our third day at EGX, - when we met Beckski, Stoo Cambridge, the folks from Arcade Attack, and the folks from Adventure in Aellion you can see the original tweet about it here.

Maz compares the difference between fully planned out interviews to those which are organised on the fly. It really isn’t as easy to run on-the-fly interviews which have been arranged with a moment’s notice, so our collective hats are off to those who can run them.

You can’t go wrong with a Virtua fighter game… and they’ve rebuilt it in the Dragon Engine, so you can imagine how sexy it looks

Which reminded Maz that you can play Soul Calibre on the DreamCast with the official fishing rod accessory.

Maz returned to Two Point Hospital shortly after the announcement of Two Point Campus, and has been playing it since then

I’m not sure how Two Point Campus is going to work, because I’m not used to a hospital which doesn’t have ten or 12 ghosts in it.

A few days before we recorded, Jay had found out about the Classic REbirth mod from Apple of Eden. It allows you to play the original PC release of Resident Evil (as in the 1996 game) on windows 10, with a number of bug fixes and quality improvements.

After five failed attempts, I was able to completed it in under three hours [without saving once]

we interviewed Alex not so long back about his book, and you can listen to it here

Maz drops similar knowledge about Corey Marshall - voice actor of Ryo from Shenmue. Apparently, he was specifically asked to give a more wooden delivery for the Japanese market.

It had been a super light load for Jay recently, as he doesn’t get to play many games these days

so why’s he on a video game podcast then?

Jay has been playing this since it came out and has completed the remaster several times. In fact, each time Nightdive release an update (roughly every two to six weeks), he has started playing it again from scratch. This is because each update unlocks new restored content, or changes the game in subtle ways.

It’s a very big favourite of Jays, and he has written about the first game across two blog posts

But Maz would claim both the OG version and Version 2 (both on the DreamCast), meaning that he has access to all of the extra drops and features.

All three of us love Phantasy Star Online, including the soundtrack which was way ahead of it’s time. Seriously, how amazing is this:

Another wonderful J-RPG, and Maz’s most favourite J-RPG of all time.

it’s the best game on Mega Drive and it gets overlooked.

Since Maz has copies of it for his phone, Mega CD, his Nintendo Switch, and his Sega Nomad, Jay wanted to know which format he’d be taking Shining Force II on. You’ll have to listen to the episode to find out which.

Which lead Squidge to tell us that he is a HUGE fan of arcade sticks, collects them, has completed the original Resident Evil 3 using one, and looks back fondly on using the NES Advantage Stick

And Maz shared a horror story, something he hasn’t brought up on any other podcast in the past. You’ll have to listen to the episode to find out what it was though.

It is almost criminal how good this game is.

that game is far much better than it has any right to be.

We all agree that this is a sign for SEGA to sit up and take notice of the fact that games developers can do wonderful things with their older properties, if given the correct support and change. It wasn’t long after this episode was recorded that the House of the Dead remake was announced.

Can you imagine a Golden Axe remake… or a Comix Zone one?

And Maz’s theory of what SEGA could do with Golden Axe is just spot on. Again, you’ll have to listen to the episode to find out what it was.

Get a control of yourself!!!!!! What’s been your most fav controller of all time…
(and what controller bites the big one?)

Firefox users will need to click through to see the tweet. This is related to how Firefox handles embedded tweets

One of Maz’s best controller is the original Duke controller for the Xbox. This is the controller which had to be downsized, as it was seen as one of the reasons why the Xbox didn’t sell well in Japan

that wasn’t the only reason, but it was one of them

And the other favourite controller of his is the DreamCast controller - which was eerily similar to the Duke, just a little smaller.

The VMU is and was amazing, and adds so much to the game.

Talk of the Duke controller made Squidge bring up the fact that he has one of the Hyperkin re-releases of that very same controller. The only difference being that the central XBOX logo is now an OLED screen which plays the original console boot animation when you press it.

Also, here is a photo of it next to Squidge’s Nintendo Switch.

We agree with Maz, and we’re huge fans of the Jaguar.

you look at this controller … and you think that Atari were dying at this time, and THAT was the best that they could come up with … even the buttons say "CBA" even the buttons can’t be ar$ed

We mentioned 54 games in this episode. In the following order, those games where: