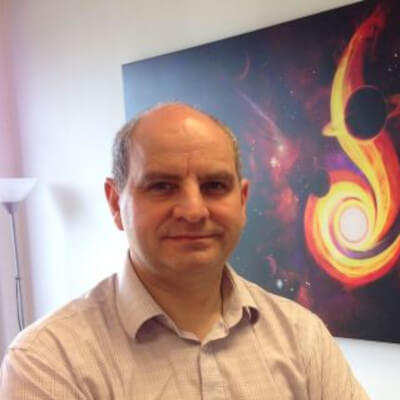 I honestly don’t know how we pulled this one off

to be fair The Oliver Twins are really nice people

we had Philip Oliver on this episode of the show. Philip Oliver is one half of the Oliver Twins, whose work includes (among many, many things) the Dizzy series of games.

Grab your popcorn, we’re gonna hit you with nostalgia

Seriously both Andrew and Philip have been involved in so many games over the years, their official website lists 55 of them and that’s just the earlier titles. And this is something that Philip mentions in the episode:

That’s a lot of games, and not a duffer among them.

For those who don’t know, Dizzy is a super cute egg character who goes on platforming and puzzle based adventures. Dizzy looks like this:

Although Dizzy started out on the 8-bit consoles, there was a brand new game - Wonderful Dizzy - launched a few months before we recorded this interview

We’d always wanted to interview both Andrew and Philip, so the launch of the new game drove us to reach out proper.

aside from the rights issue - technically Dizzy is owned by EA now, I guess?

is that all of the profits went to charity. In the case of the Dizzy collection on the Evercade, the profits were given to the National Videogame Museum in Sheffield.

But why make a new Dizzy on a retro platform:

And at the time the Spectrum Next was starting to pick up steam; so why not combine that with a new Dizzy game?

We suddenly realised that we can’t make a game that is worse than any of the other games, and that was absolutely obvious… so we were thinking that whatever we create, now that it’s some 25-30 years later, that everybody perceives it to be at least as good, if not better. And, really, we need to be aiming better.

I’ll leave it out of the show notes, but the compilation process that Andrew and Philip had for building the games is an amazing piece of engineering. AND, they worked it out themselves. Philip mentions PDS (Progammers Development System) when he talks about how he and his brother used to write applications, here’s a link about the PDS. But the interesting thing is that they only moved to this after building a number of games.

Whilst the Oliver Twins had moved on from it by the time we got hold of one, Squidge and I had started on the Amstrad CPC 464

and bringing that up brought about a wonderful journey which Philip took us on: their journey through the hardware of the 80s.

there’s a really important lesson you learn from a ZX81, do you know what it is? You need a better computer… you learn the terms really quickly, because they are things you haven’t got

It seems that the Darling Brothers

the folks who set up Codemasters

had a great theory on how to sell games. A theory which boiled down to:

Sell them cheap, about £1.99 or £2.99 each. A price that low avoids piracy, because it would be more effort than it was worth to actually buy a copy for yourself. But is also means that the customer will have a much better time with a higher quality experience

With a tape-to-tape copy of a game, you would end up having loading issues and longer loading times. This was down to a number of factors, but the chief among them being that tape-to-tape recording in consumer hi-fis was engineered specifically for analogue recording of music.

Programs which were stored on cassette tape were stored as PCM (Pulse-code Modulation) encoded digital signals. This is a way of taking a digital signal and storing it as analogue - which is a lossy conversion. Reading a lossy signal, passing it through an analogue system, and writing to another analogue system is incredibly lossy. Meaning that when you read that copied signal back, one which has a lot of data loss, into an analogue to digital converter (again, another lossy system), you would end up with lots of missing data or the reader having to interpret it multiple times.

For more information on this, check out this answer on the 8-bit computers Stack Exchange.

Combine the above theory with the idea that a lot of consumers would be more forgiving of a game if it was cheap, and you have a very happy consumer base.

Dizzy was a spin-off of Ghost Hunters

Philip also drops a knowledge bomb that not many non-developers know about when it comes to development:

You develop a good mapping system for doing backgrounds, and a collision system, and an animation system. And effectively you’re just redressing it, and putting a new image on it, and tweaking a few of the values, and putting it out again.

It’s true. As a developer, I’m hardly ever writing “new” code. This is because we’re forever solving the same problems. Sure, each of the new problems has a slightly different spin, but they all require the same solutions.

Don’t tell non-developers that though.

To be fair, it extends outside of development:

We’ll start this one off with a side note about source control.

First, source code is the computer code that developers write. As we build up an application or game, we need to make large sweeping changes to lots of different parts. Most applications and games are super complex, so making a “simple” change is almost never simple.

this means that anyone can get the code, build it, and run whatever you were building

is a non-trivial task. So source control was created in an effort to make it all easier. It has a simple idea: all code is “checked in” to a single repository. When you make a change, that change is then stored against the repository. That way people can rewind through time and see what happened, reverting changes as they need to.

Source control for the early games was almost non-existant. At least in a way which makes sense to modern developers.

I’m going to say my code onto a floppy disk, hand that floppy disk over to you. You load my project up, big cut and paste into yours. Just check it compiles.

Scary stuff to a developer these days.

I asked Philip a really tough question towards the end of the interview:

If somebody is listening to this and said, "I don’t think I’ve ever played a game that Philip or Andrew have ever been involved in", what should they check out?

And Philip’s answers really are the best of the best:

Outside of Blitz Games:

There were a lot of games listed in this segment, so don’t tie yourself down to just these six. Definitely track as many of them down and give them a shot.

We mentioned 33 games in this post. In the following order, those games where: