The main image for this episode’s show notes contains the logo for Earthrend by Laughing Golem Studios, which you should definitely check out. 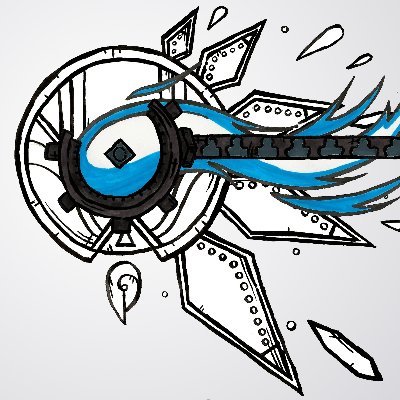 There’s almost a swear in the intro, at the 55 second mark

Zachary Claxton joined us for a chat about his work-in-progress title Earthrend. A game that he described to us as a Legend of Zelda-like adventure, with Shadow of the Colossus scale. We played the demo, and he’s not wrong.

As I mention in every episode, we recorded this episode ahead of time

which is something we do for almost every episode

The “other Zac” that I refer to is, of course, ZBoi. At the time of recording this episode, we’d just finalised recording ZBoi’s appearance on the Street Fighter the Movie episode

which was called "Street Fighter with Z-Boi"

But before we could get into all of that, we leapt headfirst into what we’ve been playing recently, in a segment called:

This is where we usually take some time to talk through each of the games we’ve recently been playing, and discuss whether we think it’s worth other people picking them up. And first…

In Zac’s own words:

everyone knows Minecraft at this point

Which is something that Zac had just started playing multiplayer, at the time of recording. But he’s also been playing:

it’s kind of an anime style game, where it’s like a murder mystery. But it’s constantly going on, with new murders

It’s a real phenomenon that developers like to play titles like Factorio and Human Resource Machine in their spare time. It’s almost like we can’t get away from the thing that we’re passionate about. And it’s not something that you typically find in other industries - the majority of session musicians that I’ve met, for example, only tend to play when in the studio and don’t tend to find that much pleasure from playing outside of it.

had just come out, so Squidge had been enjoying that

more proof of when we’d recorded the episode, if you needed any

He’s not been playing the game. He’s just been wandering around, hitting people with frying pans

because of course Squidge had been playing Diablo III

Gotta go fast, and all that.

I’d been playing through the DLC for the Pre-Sequel

and, to this day, still haven’t completed it

I seriously love these games. Not just for the soundtrack (which is banger after banger), but also the story and the characters. Hidden object puzzle isn’t my favourite genre of video games

in fact, I sometimes find them really infuriating

but everything else about the Ace Attorney games makes up for it.

This was also around the time when I had started teaching Squidge how to code using a language called Python. He actually went on to create a game, based on a combination of our sessions and reading a few books on programming with Python.

I’ll check in with Squidge about whether he’d be happy releasing it to the world. And if he is, I’ll attach it to a later set of show notes. In the mean time, keep an eye open for a video of me teaching him some Python basics over on our YouTube channel.

We’d each bought a RaspberryPi 400 as soon as they came out, and had been playing around with different applications and uses for them. We’d been playing with:

I’ll also point out that I had said this exact phrase:

Which is a Raspberry Pi inside of a computer

actually, I’d meant to say: “A Raspberry Pi inside of a keyboard”. Sorry about that folks.

There’s nothing wrong with a bit of a tinker, every now and then

Zac then told us about Ben Eater’s YouTube Channel. The idea here is that Ben is building a set of PC components out of breadboards

To be fair, these videos are super interesting, and I’d recommend them to anyone who wants to learn a little more about how PC hardware is designed.

for free on Coursera

all of the Computer Science concepts with the goal of building a computer and running Tetris on it. If you’re at all interested in how computers work, I’d check it out.

And so the topic turned to Zac’s work-in-progress title Earthrend.

It’s no joke that I totally dig the hand drawn aesthetic of this game. Every visual asset in this game is hand-drawn, hand-coloured, scanned into Zac’s computer, then slightly edited with GiMP

take your ming out of the gutter :P

And that gives it a wonderful look

Earthrend is a hand drawn, hand crafted adventure that kind of riffs on the MetroidVanias and is inspired heavily, I would say, by the Zelda series. And is my take on what would be a really good Zelda game

And that’s no joke, the scale of the game is very much similar to Shadow of the Colossus.

And that’s the vibe that Zac is going for in Earthrend. Oh, and that was a mini-boss too. So the actually bosses will likely be larger, with plans to make the player have to work their way around the boss characters and potentially climb them (Shadow of the Colossus style) in order to take them down properly.

On the graphical assets, Zac has a bit of a lengthy process which I’ll try to condense here:

That’s rather different to most 2D image asset creation, where a hand drawn sketch

if they exist at all

will likely be completely replicated in something like Illustrator, using a graphics tablet.

When talking about inspiration, teamwork, and research, I drop a story about when John Carmack recreated the first level of Super Mario Bros. 3 on his 486

powered machine. This was something that Nintendo had said couldn’t be done; in all of their marketing spiel for both the NES and for SMB3, they had said that it wouldn’t be possible to recreate SMB3 on a PC. When Carmack was done, he sent his demo of the pixel perfect recreation of the first level over to Nintendo, asking whether he could have a license to port the game to PC, since it was clearly doable.

Nintendo responded with a cease and desist.

The source for that story is Masters of Doom, which I would recommend that everyone who is interested in video games should read.

You can tell that we recorded this episode a while back, because we talked about the upcoming release of Cyberpunk 2077

as in the delayed, released just before Christmas 2020, release date

But the thing to remember is that games take a while to make, and that most journos don’t appreciate or report on just how long a game takes to make.

We mentioned 30 games in this post. In the following order, those games where: