The main image for this episode’s show notes contains the logo for The Sexy Brutale. It’s one heck of a fun game, and you should definitely check it out 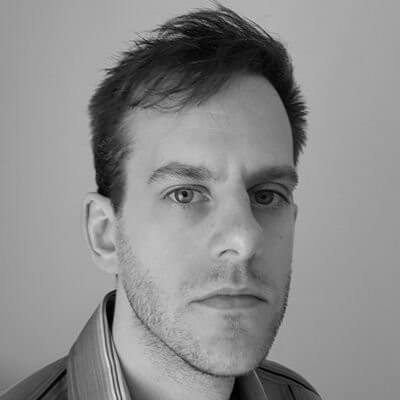 This episode is the first two-parter dev interview we’ve done. We love doing these interviews, and we found that we wanted to keep as much of this interview from the cutting room floor as we could. As such, we’re releasing a (largely) unedited version of the recording

so that you can listen to our almost 2.5 hour conversation with Charles.

Also, the guest for this episode is Charles Griffiths. He’s one of the masterminds behind the amazing Sexy Brutale

a game we’ve discussed a number of times already

in fact, the first time that we talked about it was back in episode 6

and an allround amazing person.

In this series of episodes, we wanted to explore the creation and backstory of The Sexy Brutal, and we also had some questions for Charles from both White Mage and Red Mage. But first…

which seems quite obvious, really

The usual rules the Thunder Plain Games are:

Squidge calls this Soul Blade in the episode.

it was known as Soul Edge in Japan, and Soul Blade everywhere else

Because of course Squige brings up Resident Evil Gaiden again. Here’s a screenshot of the battle mode in action:

And while discussing RE Gaiden, we talked about the Sega Game Gear. I would be remiss if I didn’t mention the recent blog post that I’d written about the whole Game Gear mini thing.

I’ve noticed that since writing that blog post, the folks who were all "I’ll never buy Sega again" are back on Sega’s bandwagon

And those were the folks who were perpetuating the rumour that it was a Dreamcast 2, too

What’s in a Name?

The first thing thing that we challenged Charles on was the name:

To us, it’s the same thing as "Moulin Rouge", right. It’s just the name of the place… you have the glamour of gambling, and the very hard edge to what gambling is.

And what’s great about being an indy developer is that you can call your product whatever you want. Which is pretty cool to have that freedom, to be honest. And sometimes, you can just make a name work:

And suddenly I hit us all with a stupid “joke” from programming:

But What’s The Sexy Brutale All About?

Charles drops some knowledge on how The Sexy Brutale was a slightly different game when it was in development. Although the styling of the game weren’t finalised at the start, it was something that the team were moving towards from the start: Bobble-head characters running around an area in an isometric view.

Every room has it’s own distinct angle… rather than have the perfect, crisp line, that you can get from having everything uniform, I think it’s more important to have the ability to refresh the eye and give it more life

We all agree that the ability to refresh the eye, and move around freely is a lot better than the old SCUMM games where you end up pixel hunting because the puzzles use Moon Logic, and end up being so infuriatingly stupid that you have to call the helpline in order to get the solution.

Getting the difficulty of the puzzles right is so very difficult to get right:

Aspiring games designers will want to really pay attention to this part of the interview; Charles drops some really deep knowledge on how to design puzzles such that they aren’t that difficult that they put people off, but also not too difficult that folks discount them out of hand immediately. And they’re not just points which apply specifically to puzzle games, too.

I really liked the conversation about the time loop, as it really underscores the idea of making it difficult for the gamer to get too upset about having to wait for the loop to end and start again. Another instance of a tight game loop is Shenmue, which has a full day

going by in around 15 minutes.

The element of struggle can make a game fun, as long as it’s not too much of a struggle. Which is the key point to take away from this part of the episode, I think.

Remember to check out part two when it drops - it’s due out one week from the release of this episode. Unless you’re reading these notes in the future

welcome to a glimpse into the past!

in which case, the episode is likely already out.