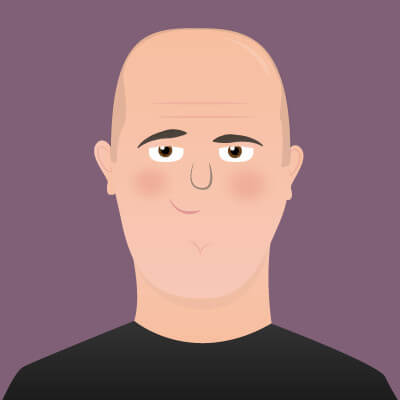 This wonderful episode is a continuation of our attempt to reach out to developers and folks within the video game production fields, and chat with them about something that they’ve been working on; something we’re calling “dev-interviews”

catchy name, or what!

To find out who else we’ve interviewed, check this link.

We we incredibly lucky to be able to sit with Eben Upton for a few hours and talk about his love of vintage computers, his history with them, the Raspberry Pi, and the new book that he has co-authored: Coding the Classics: Volume 1

if you’re serious about learning to program games, I would really recommend picking up this book

We start the conversation off by attempting to come up with Eben’s title. I had thought that “Chief Architect” was about right, but Eben prefers “Chief Cat-herder”

each to their own, I suppose

we started with a quick description of what the Raspberry Pi is, and how it came to be.

I tell Eben about some of the Raspberry Pi’s that I have in my house and what I’m using them for. Which includes:

And Eben tells us that the unfortunate-ness of lockdown has lead to one of the best months for sales of the Raspberry Pi.

Go on Amazon today, and try and buy a Chromebook.

which I’ve written about before

and Eben and I talk about tinkering with code copied from magazines. I also discuss what “Hello, World!” is

for the listeners who aren’t programmers

For those who are interested, here’s the “Hello, World!” app in different programming languages. Each of these code snippets should compile and run without too much effort, but you may need to install the compiler onto your computer or find an online simluator:

in real life, that is

Next up is C, one of the oldest and most powerful languages. The operating system for your computer, laptop, phone, and games console was written in this.

And now Java, which is very similar to C#:

Last, but by no means least, here’s Python:

Seriously, that’s it. Can you see how Python is better for teaching with?

Everyday Computing up to IoT on the Raspberry Pi

In March (when we recorded this interview), they had sold 32 million Raspberry Pis

a quick straw-poll among my developer friends shows that they own 2-3 EACH, on average

with 620,000 units sold in March 2020 alone. And when you consider that the original goal was to build 1,000 of them… that’s just staggering. Talk about a runaway success.

And that original goal was to get 1,000 of them built and set up in schools. I honestly think that 1 in 3 of my friends

no, I don’t just know programmers and tech heads

has at least one of the many models of Pi, and are using them something or other every day. Amazing!

Squidge asks a great question about the physical size of the Pi boards, before telling Eben about his Picade

which we first talked about way back in episode 16

we recorded this interview in April, for reference

I’ve actually received my copy of Code The Classics, and it’s really rather splendid.

I would definitely recommend buying the book, which you can find here

Imagine that you could buy a book with a description of a game, an interview with a developer of the original, a code listing for the game, and some meta discussion on the game. That’s what Code The Classics is, and it’s a wonderfully bound and presented book.

The story that I tell about John Carmack recreating Super Mario Bros. 3, pixel-by-pixel, is true by the way. Go read Masters of Doom for the details.

At one point, I asked Eben what his dream list of games would be, assuming that licensing and time weren’t issues. His list was:

Creating a Wipeout or Crash Bandicoot clone as a 200+ page book would be a glorious read, in my opinion.

I mentioned that I’d written a game called “Run away!” in JavaScript and HTML5. And here’s a link to it: https://runaway-game.netlify.app/

The whole point of the game is that you control a person who doesn’t want to fight, but is being chased by a baddie who wants to eat you. You could run away at a constant rate but you haven’t been looking after yourself, so you get fatigued rather quickly. Whereas the baddie doesn’t get fatigued as quickly. It becomes this delicate balancing act of running just far enough away that you can pause to rest a little before running some more. As the Baddie’s hunger increases, so does its speed; right up until it’s fatigue outweighs it’s hunger and it has to slow down to have a bit of a rest.

it also works with touch devices, but it’s a little janky

and you can use the Pause/Break button to pause and un-pause the game.

Your score is how many seconds you’ve managed to survive the onslaught.

Give it a try and see how well you do. If you do try it out, let us know in the comments. I’d love to know whether you survived as long as I did, or if you could beat my score

Eben then told us about BBC Micro Bot. This a twitter bot that you can tweet some BBC Micro code to, it will run the code, then send you a video of the output. It’s absolutely wonderfule, and this is one of my favourites:

this list will have likely changed by the time you hear this episode, as it was recorded a few months in advance

Eben references this wonderful comic from XKCD when talking about KSP

We mentioned 20 games in this post. In the following order, those games where: