you can check it out here

and thought that it would be a good idea to list each of the games that I’ve played and talk about my thoughts on them. As we’ll find out, I’ve actually bought and played a far few games for the Switch since I bought it. So this list will actually be broken into two posts, with this post covering October to December 2019 and part two covering January to May of 2020.

As I’d said last time, I’d written a set of rules about how often I could buy games for my new console. Otherwise I’d end up spending all of my money on games that I would likely not play that often

this is something we’re planning to revisit the Steam Highest Spend Leader board in a future podcast.

As a short reminder, here are the rules that I have implemented for my Switch:

Anyway, that being said you need to know that I' not going to be reviewing these games. But I will point out whether I enjoyed playing the game or not

spoiler alert: there’s one game that I wouldn’t recommend

My First Games: The Next Generation

As I’d say last time, one of the first games that I’d bought was Untitled Goose Game, and within 2 weeks, I’d finished it. So I needed a new game to play, and I went on the hunt for an NFL game. I’ve been playing NFL games, on and off, since around 2005 - one of my favourites (ad my first) was ESPN NFL 2K5.

One of the few problems with the game line-up

is that there weren’t any NFL games for the Switch. Aside from Mutant League Football: Dynasty Edition, that is

What’s great about this game is that it’s a full 3D remake of the old EA title of the same name for the Mega Drive/Genesis. The idea is that it’s an American Football game but with a twist towards the more violent: players are either un-dead or some kind of monsters or aliens. Plays involve all kinds of violent attacks, traps built into the playing fields, and the ability to bribe the referee. It also has elements of Brutal Sports Football for the Amiga and Jaguar

and y’all know that I loves my Jag

This game is an absolute tonne of fun, as it takes the familiar

rules of American Football and dials them up to 11. Seriously, I’d recommend this game to anyone who is interested in American Football. It can be a little frustrating when the AI intentionally “cheats”

is it cheating if it’s in the rules?

however, that brings a great distraction from what you could think of as the “boring” set of rules.

Because Mutant League Football is a sports game with no defined, logical end point

see why I added that rule?

I’d decided to get another game to go with it

That’s right, I bought Yoshi’s Crafted World on the Switch.

I’ve brought this game up on the podcast a few times, and I believe it was episode 52 (“Nindo Recon”)

And I stand by it completely. This is a wonderfully lovely platformer to play. My only negative about it is that that music is really repetitive. Seriously, almost every level has the same music. Then again, it’s ridiculously cute, with a wonderful aesthetic which has everything in each level being made from recycled materials.

Each level has a forward and reverse course: completing each level unlocks allows you to play through that same level but from the end to the beginning, with the camera re-oriented. And when you play the reverse course of each level you get to see the backs of everything in the stage, revealing the unpainted household items that it’s made of:

If you’re looking for something fun an cute to play, I’d recommend it. It’s perfect for either casual pick-up-and-play style or for hours of play.

It wasn’t long before I’d finished Yoshi’s Crafted World, so I went on the hunt for a new game to play. The first that I had settled on was:

I’d played the first Evoland back when it first came out, and found it a wonderful love letter to all of the wonderful RPGs from the 80s through to the early 2000s. Seriously, there are references to:

It even has references to Discworld

which means that it gets my vote

and starts with a Legend-of-Zelda-for-GameBoy style look and feel but evolves up to a full 3D, line-dancing

game as you progress through the story. It’s an absolute joy to play, and even has a ridiculous Diablo-style looter shooter stage.

This release of Evoland ships with the sequel, which I hadn’t played before this point. Whilst Evoland 2 is enjoyable to play and has a similar evolution feeling as the original, I felt like the sheen had come off it it.

As I’d previously played Evoland, once I’d finished it on my Switch I decided that I would need a new game to play

starting to bend my own rules, two months in?

And I’d wanted to play this next title since I’d tried out on Squidge’s Switch, back when it first came out:

in fact, one of the most prolific Super Mario 64 hackers has re-implemented Odyssey in 64

would definitely recommend it. It’s loads of fun.

and was a whole tonne of fun to play. How much fun? One of my friends, Zac, recently tweeted this:

My 6yo wanted the robot costume in super Mario odyssey so bad. I found a secret area with a heap of coins that I found refresh when you changed worlds. He worked out in two seconds you just needed to go in and out of the room and they refresh, now he’s watching the coins roll in.

There’s something to be said about Nintendo actually creating games that are fun to play. Unlike a number of companies who churn out as many games as they can per year, Nintendo really tends to focus on the quality of the player’s experience. And Mario Odyssey is no different; it’s gorgeous to look at, and tonnes of fun to play.

I’ll usually add interesting looking games to my wishlist, and wait for them to go on sale - unless I have a burning desire to play them, that is. And I still browse the Nintendo eShop every few days, looking for bargains. In my experience, if you don’t mind playing a game as soon as it comes out, and are willing to wait a few weeks, you can usually pick it up for cheap

unless it’s a first party Nintendo game, that is

Which is where this next game comes in

I’m not a huge fan of playing games on my phone, so I had no idea about this game But I bought it for two reasons:

she’s a huge fan of Croc, which is why it was one of the first games that I wrote about

Considering how often she has played this - both on my Switch and her phone - it was totally worth the price tag. It is an incredibly simply 2D platformer, with a super cute character, and 60 levels.

And it’s a real ear-worm, too

As long as you mute the Switch when you play it, it can be fun to play and Croc is super cute.

It took a little longer that I’d have thought to finish. This may have been related to having picked up an RG350, which I’ve brought up in the past and tweeted about a bunch:

It’s been a little quiet here at WT HQ. Squidge is working on some episodes, and I’m building some stuff of this amazing piece of kit (also, I bought one of my own - would highly recommend) #rg350 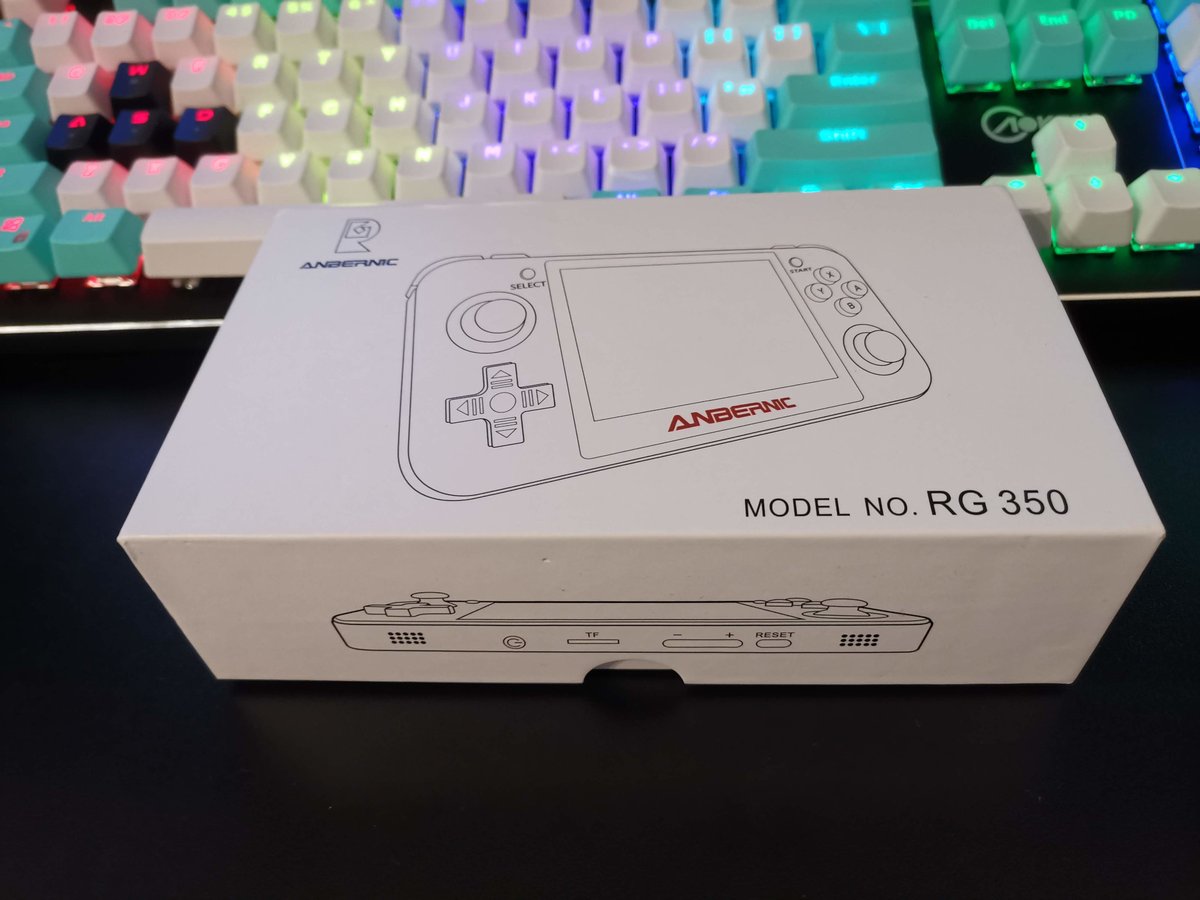 Anyway, after getting distracted by it, what it can do, and playing the unofficial Streets of Rage Remake, I decided to take a look at my wishlist for something to play. Deep within the list was this PlayStation classic:

it’s his favourite entry in the series

and it’s easy to understand why. It has a wonderfully retro aesthetic - taking players back to similar settings to the first game in the series; it has interesting characters, including one of Square’s strongest trans characters; it has a large world, and an interesting story. Sure, there are some issues with how womanising Zidane is, but once you realise that the story isn’t actually told from his point of view it all makes sense. It’s actually told from Vivi’s point of view, and Vivi doesn’t have any real world experience, making him an unreliable narrator.

Squidge and I owned this game for our shared PlayStation, back in the day. But I’d never actually played it “correctly” because we had a version with a trainer embedded in the game, allowing me to set my characters to level 99 at the start of the game and breeze through it. I don’t even remember finishing it back then, presumably because I found it boring because I’d set my characters to level 99.

Revisiting this game was a wonderful experience, and I relished every moment. Even when I ignored the fact that the game had effectively said:

Don’t bother adding magic users to you party for this next part, because you can’t use magic

For those who haven’t played the game, there’s a section towards the end of the game where you are instructed to go to an island to retrieve a MacGuffin required to take over the world

the same thing we do every night, Pinkie

and you’re told by Kuja (the big bad guy) that you can’t use magic there.

Guess what I did.

Yup. I created a party of 3 magic users and Zidane.

… and I hadn’t saved before making that decision.

Aside from that, I really liked revisiting FFIX.

So now you know which games I bought and played in the first few months of owning my Switch. Have you got a Switch?

If so, which games do you have? If not, are there specific reasons why you don’t?

Which games would you recommend that I check out?

We mentioned 19 games in this post. In the following order, those games where: