First of all, we’d like to thank the amazing yurricanes for working with us to create the featured image for this episode. I think you’ll agree that it’s an amazing piece of art, and you should definitely check out their work

At 5:41 Chief uses a word which translates to “excrement”. We bleeped it, but it’s worth knowing about.

At 6 minutes, Chief then says “f*cked up”. Again, this is bleeped.

At 7:50, I tell a story which ends in the use of the word “buggered”. This isn’t a swear outside of the UK or Australia, listeners within these countries will want to know.

so Squidge took over and did a really good job, I must say. Right up until he called him “Keith”, that is

It’s been a while since Chief was on the show - he was last with us in October of 2019 - and he brought his regulation wafflosity and general stupidity with him… as always. Chief tells us just how indifferent he feels about the new decade:

Chief brings up the millennium bug, and I drop the bomb of the 2038 problem - which is something for Computer Scientists to worry about.

Squidge drops the bomb that our twitter handle has been live for three years. In fact, here is out very first tweet:

Welcome to Our New Blog! 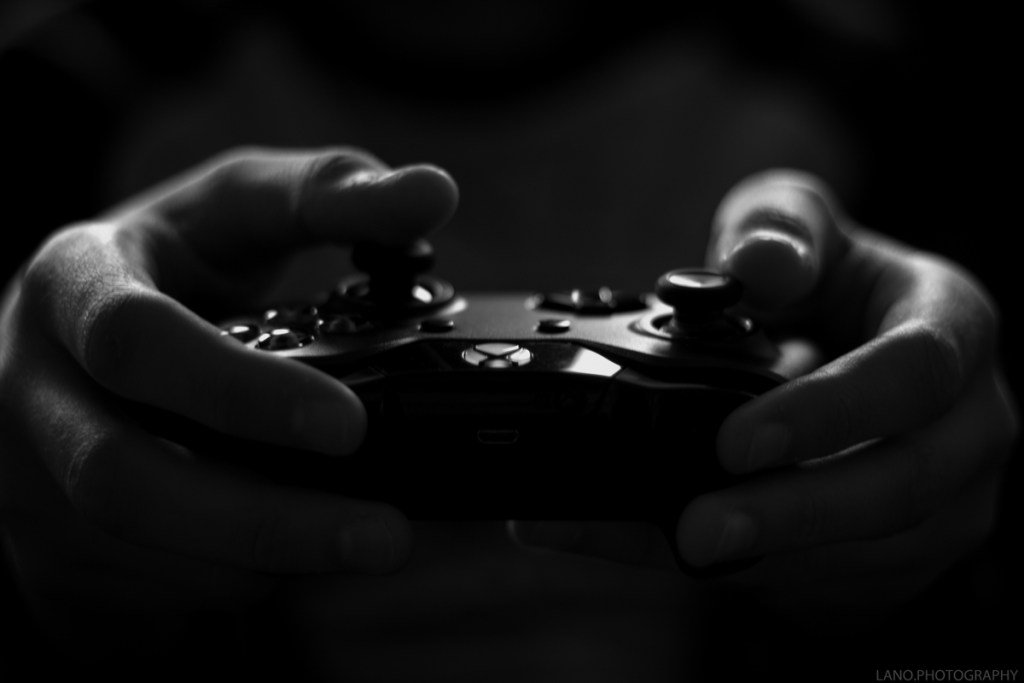 Squidge then reminds us that we’ve gotten the band back together - in that all of the folks on this episode are those who were in our very first episode, way back when

Squidge and I then bring up that we had done a stream, back before Christmas, of Dead Rising 4. Here’s an embedded player for that, but it might not be around for ever:

Squidge then reminds everyone that Rowan Atkinson was in the original Day of the Dead:

Which is something that I brought up on the stream, and managed to cause light upset with friend of the show Spooky in doing so.

you can watch that stream here

let us know in the comments or via Facebook and Twitter - if there’s a demand, we’ll fill it

and Squidge mentions the logistical nightmare of trying to recreate the first episode of the podcast as a live stream. but before we can decide on what to do, I commit a Dad Joke.

We finally get on to what Chief was playing recently, which we’re super interested in because we haven’t spoken to Chief since before we went to EGX in October. But before we can discuss all of the games he has been playing, Chief has a good old whinge about the map system in Borderlands 3; although he does agree that it’s fun to play:

It’s more Borderlands. If you enjoyed Borderlands 2, you’ll enjoy this

Next where Squidge’s recent games - mainly because my list is always underwhelming and I wanted him to go before me.

And before we can get to my list of recent games, Chief brings up Disco Elysium, and how it may have been hailed as the best thing since books. Then Chief brings up the shocking announcement that, after his chat with Lulu:

psst, that was episode 38: The Kingdom of Hearts from September, 2019

I did go back to it thinking that I would enjoy it more.

Which brings us around to a discussion on enemy scaling, before we get onto the games that I’ve been playing:

During the discussion of what I’ve been playing recently, I reference “Grenade To The Face”

and how Squidge had suffered a panic attack, the first time that he ran into Mr. X. It’s one heck of a story, and I’d recommend going back and listening to it again. And we talk about how Resident Evil 2 (2019) is one of the most survival horror-ish games that Capcom have produced in a long time.

I also go into my self imposed rules for buying Nintendo Switch games, when talking about Final Fantasy IX. In case you want to try the same system out, here are my rules:

As an example: I bought Super Mario Odyssey in early November, and played that through until completion. I didn’t finish it in November, but did part way through December. As such, I wasn’t able to look at buying Final Fantasy IX until after I had beaten Super Mario Odyssey.

I then jump into some Jay-nomics of how I figure out whether I should buy something or not - which is a little complex but comes down to a simple question:

It’s not a foolproof question, but it goes like this:

If the final question comes out as “no”, then I don’t buy it - especially if it’s related to video games. Again, it’s not a foolproof system but it hasn’t steered me wrong so far.

Which is when Squidge mentions How Long To Beat

though he couldn’t remember the name of it, at the time

on us. Which is a service that allows you to see, roughly, how long folks spend playing through the main campaign of a game.

Their numbers for Phantasy Star Online are interesting to me:

We then talk about how that calculation might map onto movies, and how it’s easier to tell a long-form story across an entire season of a TV show; but does that mean it’s cheaper to spend $10 per month to watch as many TV shows as I want vs. spending over $20 to see a single two hour movie once?

Squidge then drops this amazing video on us:

Unrelated to the above, did you know that there are 4 movies, two seasons, and a made-for-TV-movie in the Scream Franchise?

I then talk about the amazing podcast Til Death Do Us Blart. I’ll let them describe the show:

The creators of My Brother, My Brother and Me and The Worst Idea of All Time review the film Paul Blart Mall Cop 2 every American Thanksgiving from now until the end of linear time. They may never yield. They will never be freed. This is their curse. This is their podcast.

Honestly, it’s a great show and I would recommend it to anyone. And you don’t have to have since Paul Blart Mall Cop 2 in order to enjoy it - I haven’t seen the sequel, but enjoy the show.

We then ask Chief the questions that he missed out on, last month. Firstly:

@wafflingTaylors What are your go-to “avoid the family on Xmas day” games? What handhelds are best to use?

to which he answers:

Stardew Valley… because nothing really happens… it’s quite light; you don’t have to spend hours planning your next turn

@wafflingTaylors I’d love to hear a pitch for a Resident Evil spin off? REKart? RE Royale? RE Total War? Something else? What is one you would love to play?

We mentioned 39 games in this post. In the following order, those games where: