There are a few swears in this episode, but I’ve bleeped them out. I chose to leave them in (in bleeped form) because I’ve always found bleeped swears funny. There’s also a section where Squidgey and Lulu get a little immature. Laughing at words like “shaft” and “aural”.

which deals with people asking questions about pregnancy. There’s no talk of actual reproduction, but there is a moment where I mention the word “period”

Just a heads up.

Not only is Chief Problems back in the Technodrome, but Lulu is, too

and her Chocobo, apparently

It’s the first time that they had met, and being on a podcast together. How cool is that?

We start the conversation with me saying that we’ve done 37 episodes already, and that I’ve produced and edited a whole mess of podcast episodes so far. But we don’t make this show to talk about podcasts, we make it to talk about video games.

then invites a special Kaiju onto the show.

Suddenly, I break out my Solid Snake impression

as performed by David Hayter, obviously

which brings out a number of video game impressions that we can all do. Naturally, this leads us onto a discussion on what books Lulu and I have been reading recently. My list is quite short, as I’ve been reading a lot of books recently (partially for work, as they are programming books). But Lulu’s books have better graphics than mine, because I use a Kindle.

I then describe what the Koei Warriors games are all about, by quoting Squidgey

he actually stole his description from a Steam Review

There are so many Warriors games.

I then talk about one of my favourite accidental finds of 2019: a remix of the Resident Evil 0 Save Room theme, by monomemory

Seriously, I love this remix. You may also recognise it from a viral video from February

we record these episodes a month in advance, so we were discussing this just as the viral video was hitting

which featured Mr X, Claire, Leon and a licker dancing on a beach from GTA V.

Definitely check out monomemory’s stuff over on BandCamp

click through on the embedded player, or check the External Links of Interest section below

Lulu and Squidgey talk about the Resident Evil 2 (2019), and Squidgey rehashes the tale he told in Grenade to the FACE!

a.k.a the first part in out discussion on the remake

and Lulu blows Chief’s mind by mentioning the phrase:

We then discuss everyone’s answers to the following question on twitter:

Folks who have been listening for a long time shouldn’t be surprised by the answers given by either Lulu or myself, but Chief’s answer might shock you. Squidgey’s definitely will.

Who is your favourite Final Fantasy character, dear listener? Let us know in the comments, via Twitter, or Facebook. And if you have a question you’d like us to answer, send it to us

and we’ll answer it on an episode.

We also discuss a potential health crisis related to movie trailers from 2010 on wards whilst we’re waiting for Squidgey and Chief to think of their favourite Final Fantasy characters.

One of the best things about being friends with Lulu

aside from her being a walking tower of awesome-ness

is that she can talk about character development in the Final Fantasy games until the cows come home. Remember when we talked about Final Fantasy in her earlier episode?

Chief drops the troll bomb on Lulu via his choice of Final Fantasy game, and Lulu promises to kill Squidgey because of it (in Japanese, no less). Meanwhile, I go into why Zell (from Final Fantasy VIII) is the greatest character in the series – I love his boundless enthusiasm – and Lulu drops a bomb about his tattoo.

Chief decides that he’s allowed to have two favourite characters, probably because he was worried about the game that he chose to pick them from.

Squidgey’s reason for picking his favourite character is a little off the wall, too. See if you can guess which his is before you hear it

and let us know whether you were right

Chief is then confused about us having had Unaffiliated JZ on the show, as he knows the real JZ apparently.

Yeah, we don’t believe that either.

We then ask Chief and Lulu the following question, which is an oldie but a goodie:

Get a control of yourself!!!!!! What’s been your most fav controller of all time…

(and what controller bites the big one?) 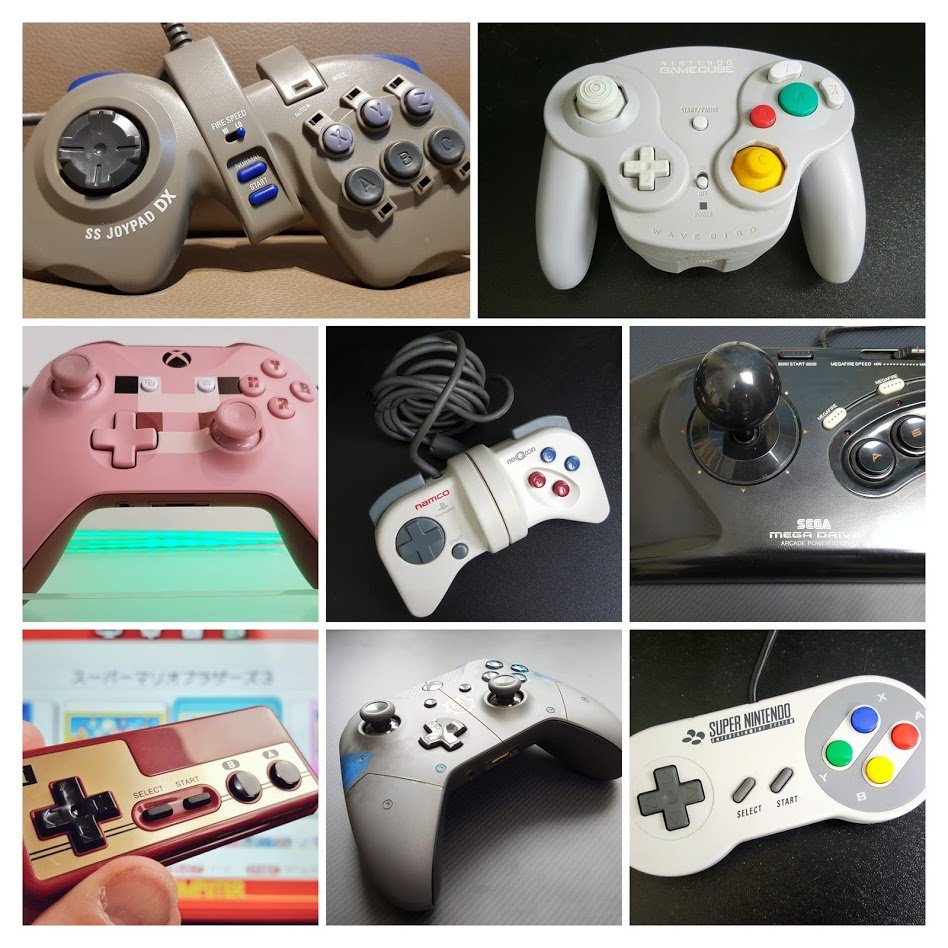 Lulu has opinions on the Xbox controllers, and I accidentally make a pun when talking about Microsoft’s efforts in making their controllers accessible

We end up coming to a consensus that the PlayStation Dual Shock controllers are probably the best designed controllers on the market. Naturally, this leads to us referencing “how is prangent formed”

We also tease what part two of this conversation is going to cover, at the end of the episode. Make sure to come back for part two, in order to hear our conversation on that topic.

And if you don’t do it usually, stick around at the end of the episode for a stinger

pro-tip: almost every episode has a stinger after the music credits.

We mentioned 20 games in this post. In the following order, those games where: